Fiction review: "A Girl is a Half-formed Thing" by Eimear McBride 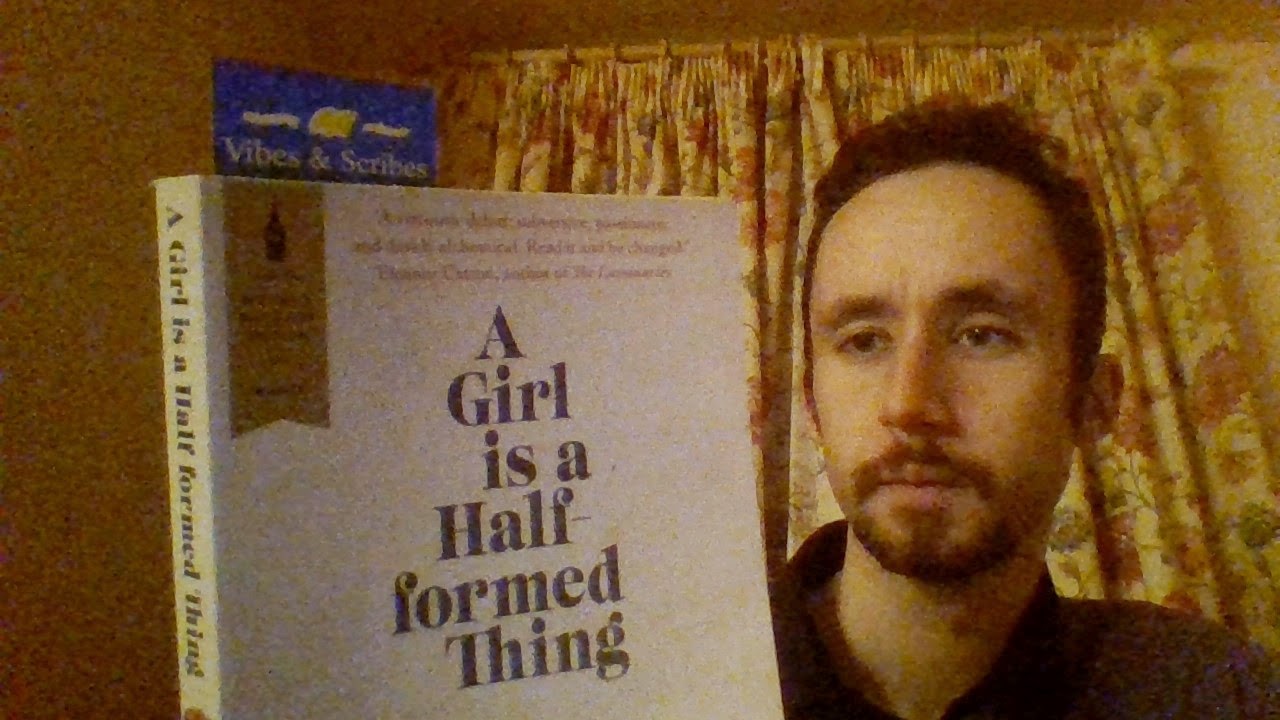 I was originally going to buy this at the same time I bought "Here are the Young Men" by Rob Doyle, but decided against it for whatever reason. (Maybe the counterpart names felt a little too obvious, hee hee). Doyle's book is well worth a read, putting you right in the nihilism and/or neuroses of its post-Leaving Cert Dublin characters, while still maintaining a fairly matter-of-a-fact style.

McBride's book makes an interesting contrast; the writing in "A Girl..." is like a character from Joyce's Ulysses telling a Patrick McCabe story. The stream of consciousness breaks off sentences and races through thoughts like Leo Bloom and the gang, coming close to the fighting-with-sentences seen in Finnegans Wake during one particularly tough scene towards the end. Adapting it for the stage couldn't have been easy. Unlike Joyce, however, literary allusions, puns and linguistic games are not so frequent in this place (save a prayer or two); we're straight to the guts here.

Whereas Doyle's protagonists (teens doing their Leaving Certificate around 2003) are almost exactly my contemporaries, Eimear McBride's protagonist is a little bit older (maybe 5-10 years), one for whom the old guard of Catholicism were still getting their final dig in. Although this broader cultural context hangs heavy over the book, the main incident in the plot revolves around two major interpersonal "issues": the double trauma of a terminally ill brother and an abusive uncle. As terrible as the former may be, the latter part of her story will probably trouble more readers for longer, obviously because of the manner of their relationship, but also because from a first person perspective we aren't offered a passive victim's voice. More broadly, if fiction can alter our social cognition, the unpredictability of the central character gave me pause for thought.

Indeed, I can't remember having such a strong emotional reaction to a book in some time. It's telling of the author's power and/or the easy life I've had that the petty cruelty of sibling and stranger, parent and grandparent seemed to rattle around the mind for a while after the book is put down, almost as much as the heavier stuff. One scene in particular, where the grandfather berates the protagonist's mother for the children's (and her own) perceived lack of religiosity, and the mother's subsequent acting out against her kids, was a time to put the book down and do something else for me.

Given its depth, it's the kind of book one would read again a few years down the road, probably wincing at how one interpreted certain aspects the first time around.