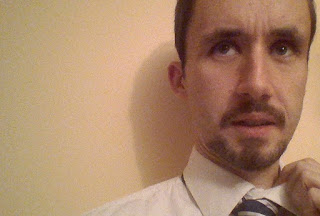 Speaking in front of a crowd is considered the number one fear of the average person...number two was death...this means to the average person, if you have to be at a funeral, you would rather be in the casket than doing the eulogy


There are various methods of inducing acute stress in order to look at its effects on psychology. Indeed, some people use psychological tests themselves as a stressor (e.g. an attention task that requires multitasking under time pressure). However, a method that's been of interest to my colleagues and me over the last few years is the Trier Social Stress Test (or TSST for short), a method that capitalises on most people's fear of public speaking.

Picture the scene: you are requested to take part in a study assessing the effects of stress. On appearing at the laboratory, you are then informed that the study will involve you giving a 5-minute presentation on why you are the ideal candidate for a job of your choice. You are led into a room with two evaluators who have been trained not to give any encouraging feedback (including non-verbal signs such as nodding or smiling), where you must make your presentation.

This is a relatively real-world-style stressor (most people will have to make a presentation like this at some point in their lives, although hopefully to a more encouraging audience). Not surprisingly, most people find it fairly aversive. The TSST has been shown to increase reported stress, anxiety, and broader measures of negative mood in general, as well as heart rate, the stress hormone cortisol and immune system activation.

The TSST has been used to look at the effects of stress on cognition. There is some conflicting evidence on its effects on memory, with some findings indicating that higher cortisol spikes led to better word recall, but other findings indicated the opposite relationship. It is possible that the effect of stress on word recall may be moderated by the emotional valence of the words used, with more emotional and particularly more negative words being easier to recall. Context-dependent memory strikes again!

More complex cognitive tasks have also been put to the stress test. A particularly interesting paper has indicated that a modified version of the Trier with a greater social rejection component led to improved creative performance. This effect was more pronounced in those with high levels of the hormone DHEA-S, which the authors point out has been linked to depression. This could have some interesting implications for the whole creativity and depression archetype, although that's a whole debate in itself...

What is unfortunate (but understandable) in the area of research using the TSST is the lack of research using performance on the speech task itself as a measured performance outcome. It's unfortunate as this is cognitive performance that is occurring when the stressor is present, or at least at its most pressing. It's understandable as performance on a task such as giving an interview speech is harder to score objectively than a dry recall test. This would be the case even if everyone were applying for the same job, although in practice, as research participants generally choose the job they would want most as an individual, you end up with 30 people saying why they would be best for any number of different career types. Nonetheless, one could imagine a method like the consensual assessment technique being used in collaboration with someone from a recruitment agency (who could score talks for characteristics that are generally desirable in interviews across a variety of occupations).

Related Posts
Stress and creativity
Posted by AndrewAllen at 3:17 PM