Aesthetics and the psychology of creativity 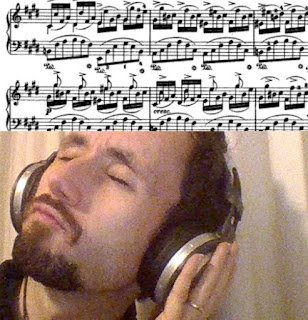 Joseph Margolis, The Cultural Space of the Arts (2010)

Given my interest in the psychology of creativity as well as in philosophy (specifically philosophy of mind), it has been remiss of me up until now not to have more of an interest in the area of philosophy known as aethetics. Having recently developed a curiosity for it, I sketch a few initial thoughts and aesthetics and psychology below.

In his Critique of Judgment, Kant argued that beauty is in the eye of the beholder (if I understand Kant's argument correctly). We do not/should not refer to the object itself in trying to discern its beauty, but rather the subject who is observing the object and their subjective appraisal thereof.

In an influential paper, Beardsley and Wimsatt posited that there is an "intentional fallacy"; although we may assume that the intention of the author can be read from a literary text, this is not the case. They rightly pointed out that the poet (for example)'s intention should not be the key yardstick for judging a piece's quality, and furthermore if the intention is not clear in the poem itself, the critic will look for information outside of the poem (e.g. an interview with the poet, a critic's or teacher's appraisal of the work). The poem does not simply belong to the poet, the critic, or both, but rather to the public at large.

Running these ideas together, we cannot assume that artists put their creativity "into" their work, which then "holds" this creativity until someone "unlocks" this creativity from the finished piece sitting in a gallery, on a bookshelf etc.

A question of interest to me, then, is whether an aesthetic sense (by which I mean the ability to have an aesthetic reaction to some creative work) is necessary for creative cognition. In stage theories of creative thinking, one of the latter stages involves appraising a creative product (this contrasts somewhat with Beardsley and Wimsatt's separation of judgement and production of creative work). Without aesthetic appreciation, is such a process possible?

This is a pressing question for artificial intelligence (AI) approaches to creative cognition. If a particular domain (say, musical notation) can be mapped out in conceptual space, then AI with good memory, rule-learning and a random output generator can generate outputs which it can compare against its memory for novelty and against certain criteria for a genre/form etc. Nonetheless, is there any reason we should think that AI has a subjective reaction to creative work? How can AI distinguish competent musical composition from a really great or deeply moving piece of music, or at least that which is deeply moving to a human?

For a broad overview of philosophical issues surrounding creativity and how they intersect with psychology, I would recommend the article linked below:

Related posts
But is it creative?
Where does the mind begin and end?
Two different ways
Posted by AndrewAllen at 12:12 PM