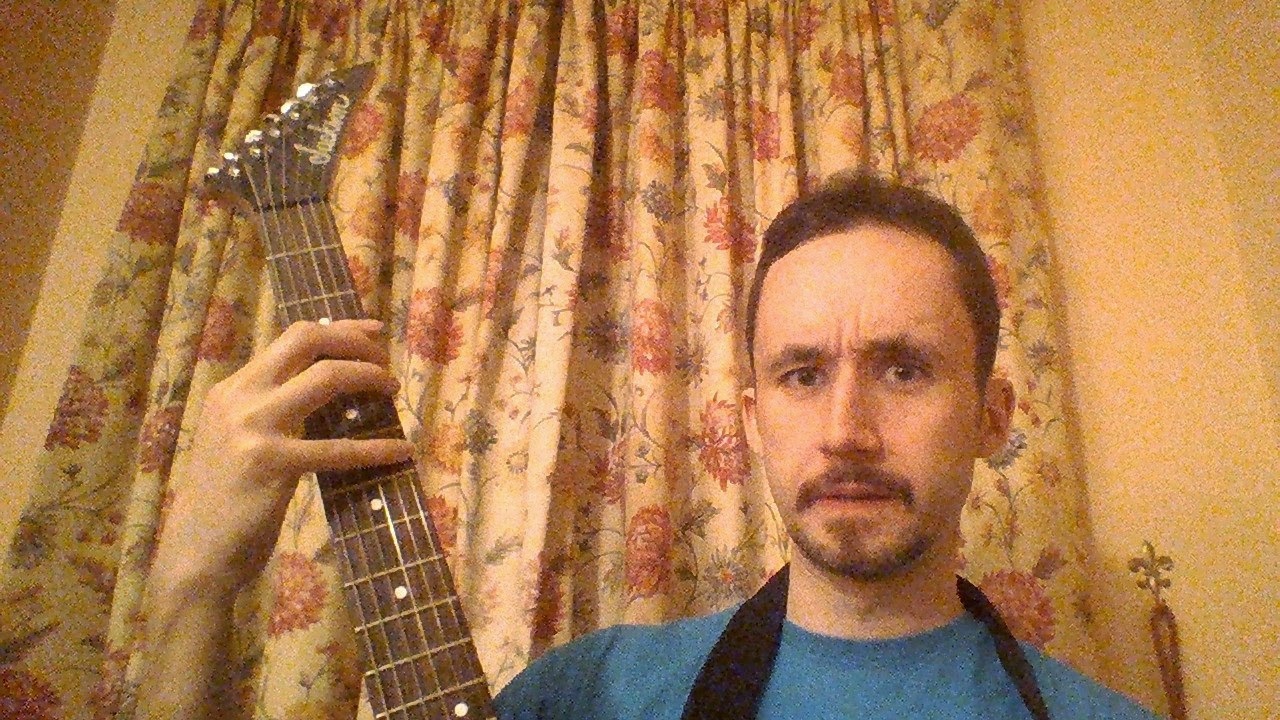 "I've lost the flow" Oh no oh no oh no oh no oh no. My mouth had run dry, but more importantly so had my flow. I had agreed to take part in a "present your research in a 3-minute, engaging talk for a general audience" event, and had decided to set myself apart by rapping. After hours of practice under the spotlight I cracked through 50 seconds of rhymes before hitting a memory block. "I've lost the flow" I announced aloud to the crowd. (Thankfully I wasn't trying to play a load of savage guitar solos at the same time or no doubt I would've choked 10 seconds in).

Painted into a corner by the stagelights and the attentive audience behind them, I had to keep going, but with the rhythm gone, I spoke in prose, with the very structure of the talk coming apart as my nerves shredded the talk to sentence salad.

After having put something creative together oneself, presenting it to the world as a performance can be nerve-racking. But notwithstanding that creative performance itself can be stressful (particularly in front of the baying mob), what impact may stress have upon creativity?

Kenneth Hammond had some interesting things to say about stress and creative thought. As I was saying previously in this blog, two different types of thought (one rapid/automatic, the other slow/sequential) may be involved in creative thinking. Hammond suggested that stress may shift us from one form of thinking to another-if this shift leads us to a style of thought better suited to the task at hand, then creativity may result. He gives the example of a firefighter fleeing a fire where simply outrunning the fire (the standard procedure) wouldn't work. The firefighter used intuitive thinking by setting a small fire and putting it out, thereby leaving the burnt area without fuel for the big fire he was running away from.

Conversely, I recall Billy Corgan mentioning how some days intuitive thinking would get him nowhere, so he would try going through chords step-by-step until he found a progression that sounded a bit different or interesting. When under time pressure to release new work, such step-by-step thinking would no doubt test anyone's patience, but may prove useful when the initial approch isn't working.

A new paper has found that stressors which are perceived as challenges (e.g. long working hours) are positively related to idea generation, whereas those which are perceived as hindrances (e.g. red tape) have a negative effect. The sample is interesting; staff from R&D departments, so people who are likely to be under pressure to be creative. It's unfortunate that an actual test of creative performance wasn't used-the methods are pretty much entirely questionnaire based. It's also unfortunate that by deciding which are stressors are good and bad in advance, and then asking people which of these they have experienced, then the appraisal of a potentially stressful event is ignored, even though this could be critical to how the event will impact upon the psychology (and physiology) of stress.

But, I will admit, dropping the flow on stage is likely to be regarded as stressful by almost all people.

What was cool about this paper was that they also asked people about the organisational innovation climate (again, I could nitpick about the specifics, such as "sufficient resources" being a sub-group of questions on this.) What they found was that hindrance stressors had a serious negative effect on the benefits of a pro-innovation working climate, with the generation and implementation of new ideas suffering when employees were up against office politics that blocked creative output. There seems to be some conceptual overlap here, as some of the hindrance stressors themselves are part of the organisational culture-it could be that some companies hinder as much as they help. I'll let you speculate on which departments help and which departments hinder ;)