There's an old adage that neurologists know what’s wrong but can’t treat it, psychiatrists can treat it but don’t know what’s wrong. Many feel that neuroscience is under-represented in the training of doctors who wish to specialise in psychiatry. A psychiatrist colleague (and a major fan of former National Institute of Mental Health director Thomas Insel) pointed out an initiative that may go some way to addressing this shortfall; the National Neuroscience Curriculum Initiative.

This is an NIH (National Institute of Health, USA) collaboration between educators & neuroscientists. The aim is clear: to enhance neuroscience education for doctors specialising in psychiatry, so they integrate modern neuroscience into clinical practice. There is an expressed focus on interaction between environmental stressors and neural circuitry. Some of the more basic content one would hope would be covered in training any psychiatrist (e.g. anatomy of the brain) but the use of 3D layout may put the material across in a more intuitive and easy-to-learn manner. I can imagine the modules on neuroscience in the media being enjoyable for students (especially material the microbiome although I'm biased in this regard). However, I would imagine that it will be the integrative case conferences that will really push trainee psychiatrists to think of ways to put neuroscience into their clinical practice.

It seems like an open endeavour-there is an invite on the website to contribute content (although it is peer reviewed and one is not guaranteed publication). Facilitators (who should be members of faculty) are required for much of the work involved, so I don't think one can simply stroll onto the website unaccompanied and run the course in full by oneself.

One would hope that training programs who would benefit from this initiative will make the most of it. However, given the prevalence of reduced sleep and associated negative effects amongst junior doctors, one can imagine that such a course would have to compete with other training and development demands placed upon these doctors (not to mention their clinical work).

The initiative also has an associated meeting: the Brain conference is just a few short days away in Austin Texas. It will focus on improving teaching skills within neuroscience and translating them to clinical practice. I won't be in attendance for this (I'm not a clinician, after all), but I will be going to the American Psychosomatic Society meeting in Denver, Colorado-more on this next month!

Posted by AndrewAllen at 3:55 PM No comments:

Shoot that Freudian arrow through my heart: Psychology of love 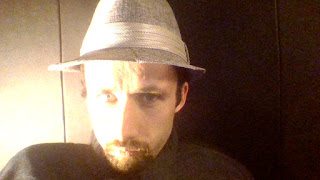 Feel like women are ignoring you? Are you consistently reduced to the status of snivelling delta male, as the jock bros of the adult schoolyard walk away with the best ladies?

ENIGMA-the new persona of Andrew P Allen. ENIGMA-specialising in bespoke, brain-crafted seduction techniques that will set YOU apart from the competition. Book your one-to-one session with ENIGMA today for guaranteed neurobrainscience routines that will make you irresistible to even the most hard-willed queen bees.

Okay, I haven't actually become a pick-up artist consultant just yet. The interwebs is awash with fedora'd gents and bitter females seeking the trick to capture the physical and sexual attraction of their object(s) of affection. The science of human behaviour is often invoked/called upon in this quest-but how much have we learnt empirically about love?

Robert Sternberg proposed a triangular theory of love, involving three different factors which can be more/less apparent in different manifestations of love. Let's look at each:

Intimacy
Feelings of closeness and bonding-one can of course experience this with Platonic friends as well as romantic interests. Sadly, there does appear to be a lack of psychological investigation into the highest form of love (I am, of course, referring to the bromance). However, Platonic relationships between heterosexual, opposite-sex dyads has received some interest. There are multiple reasons why people may choose to remain "just" friends other than a lack of attraction-perhaps the most interesting to me is "risk aversion", a term which invokes all kinds of ideas to be imported from behavioural economics (not that we should apply the principles of economics to the study of love, cough cough).

Generally, when people talk about "lovers" they are referring not only to people who are intimate, but who also share...

Passion
Perhaps the aspect of love most associated with Valentine's day-physical attraction. Not surprisingly, sexual motivation and behaviour differs in its role within relationships as relationships develop. The early phase of romantic love is probably most associated with this aspect of love. Interestingly, it seems that people in the early throes of love have reduced production of cortisol, a hormone associated with stress. (Seems a bit counter-intuitive, given that one can be on one's toes quite a bit in the first few months, but there's the data for ya).

Of course, mismatches in sexual behaviour can lead to relationships tripping at a first hurdle. Nonetheless, many relationships seem to stay the course even if a couple have divergent sex drives. An interesting recent study indicated that attachment may play a role. New couples were followed over a number of months. People with ambivalent attitudes towards sex had low relationship satisfaction early in the relationship, but this only persisted at follow-up if their partners were high in avoidant attachment. In other words, there's a higher risk things will fall apart if your significant other is highly insecure.

Sorry, just having a flashback there. Let's move on...

Commitment
Some relationships characterised by both passion and intimacy may fizzle out relatively quickly. However, with commitment, decisions are made concerning the persistence of the relationship now and into the future, as well as decisions about exclusivity (for most Westerners). At a deeper level, there is commitment to help the other party out if they need us-this is perhaps most strongly visible where one person becomes sick, particularly in the stark case of dementia.

Our relationships don't exist in a social or cultural vacuuum- An interesting study found that people in marginalised relationships invested less in the relationship, yet were more committed to it. (One might have made the a priori assumption that marginalised couples would invest more as well as feeling more committed). The authors defined "marginalised" relationship as same-sex couples, interracial couples and those with an age gap of greater than 10 years (although one would imagine that overall age of the partners as well as which one is the older one would moderate the perception of the whole age difference thing). It was nice to see that "marginalised" couples reported a similar level of overall relationship satisfaction however.

I think the psychology has given us some interesting and at times counter-intuitive insights into relationships, although I don't we've really unlocked the key to winning the heart of whoever you choose just yet. Anyways, if things don't work out in the long run, there is evidence that divorced people report higher life satisfaction than those who have never married, perhaps due to differences in self-esteem. Better to have loved and lost...


Posted by AndrewAllen at 12:22 PM No comments: