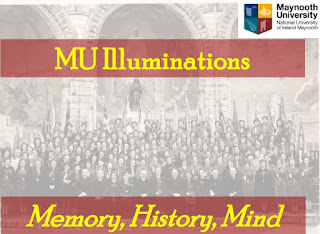 Exciting times-Memory, History, Mind is a new exhibition at the Illuminations gallery at Maynooth University. This exhibition arose out of a multidisciplinary project funded by the Irish Research Council I was working on between 2017 and 2019.

The exhibit draws on reminiscences included in the online archive at the Digital Repository of Ireland. A small selection of highlights from the archive are showcased at the exhibition. We combined stories and photographs provided by research participants with publicly available images of the times and places discussed.

The launch for the exhibition was 29th January. It was great to see so many participants from the research project at the evening. As there were different groups participating in the study, it was a chance for participants to meet others who had taken part in different groups and take in some of the other memories that had been shared throughout the project.

The exhibit wouldn't be possible without these people who shared their memories with us, as well as Dr Caoilainn Doyle who assisted in running the project. Dr Richard Roche put a lot of effort into bringing this all together, and we've had a lot of help from Derek Walsh at the Department of Psychology at Maynooth University in creating the audiovisual material for this exhibit. Thanks are also due to Professor Colin Graham for hosting this exhibition at Illuminations.

The exhibition will run at the Illuminations gallery, Iontas building, Maynooth University, until the 8th March 2020. 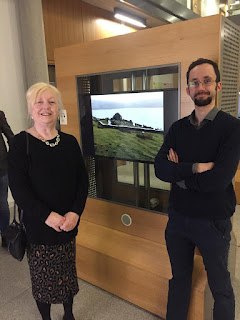 Stereotype threat and performance effects: are they REALLY REAL? 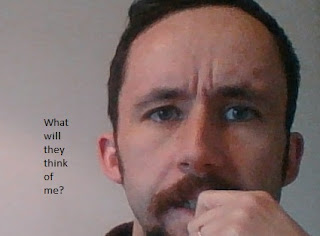 Stereotype threat is a situation where an individual feels that may confirm stereotypes about a group to which they belong. Anxiety around confirming the stereotype may lead to a self-fulfilling prophecy, where the person starts to perform badly due to the ensuing nervousness. Much has been written on the topic, and a lot of research in this area has been conducted. The extent of its effect has been under some discussion, with a particular caveat being that stereotype threat should not be treated as the primary cause of observed group differences in performance.

A recent large study found that evidence was lacking that girls aged 13-14 were affected by stereotype threat on mathematics performance. The researchers either gave students an instruction to heighten stereotype threat (being informed that there was a gender difference in performance on the test), or told there was no previous observed difference. The kids were then required to solve mathematics problems. They also completed measures of gender identification and math anxiety. Long story short, despite a large sample size and a careful design, this study did not find evidence for an effect of stereotype threat on maths performance.

A cursory reading of these results could be taken as evidence that stereotype threat is either no longer a thing, or if it is, that it does not impair performance. However, a negative effect of stereotype threat is no doubt something which at least some people have experienced at least some point in their lives. Like consciousness, it's just one of those things that you have to have to feel, man. The fact that something exists does not mean that it is easy to demonstrate reliably in a sample of individuals.We can take this as a cautionary note about using psychology experiments as hard evidence that something does or does not exist when the concept itself is slippery.

And slippery it is! Because there are so many different kinds of stereotype, there are a corresponding wide variety of forms for stereotype threat to take. It's thus a moving target of a concept, one that can change between different demographics, probably morph intersectionally, and change over time as different stereotypes fade or become more widespread. Stereotype threat may impair performance through heightened anxiety, but of course it can also motivate people to perform harder to defy stereotypes.