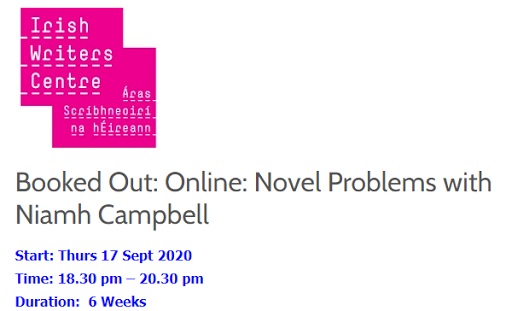 I recently attended "Novel Problems" at the Irish Writers Centre The course was conducted entirely online, given the pandemic. The course is run by Niamh Campbell, whose debut novel This Happy has been getting very positive reviews. I had previously attended Fundamentals of Fiction, which combined a didactic aspect with workshopping of work, whereas Novel Problems focused more heavily on workshopping throughout.

The quality of writing at Novel Problems was very high, and some of the participants were progressing quite well in the publishing game; one person in particular had already secured an agent, and their novel was in the process of being sent to publishing houses. Whereas the participants at Fundamentals worked in a mix of genres, the pieces workshopped on this course tended to be  more grounded in realism (in contrast, my current work combines the surreal, hyperreality and magic realism, so I felt like somewhat of a black sheep in this regard). During some of the discussions I realised that I would have benefitted from reading through the circulated extracts a few times; a lot of subtleties of people's work can go over one's head at a first read.

For the last week, we spent some time talking about an interesting article by Zadie Smith which led to much discussion around issues of identity, and authenticity in writing. I think this discussion was very pertinent for many of the writers in the group, whose work had a semi-autobiographical quality. My current work in progress is a totally fictional piece that is not based on anyone I know, but the article by Zadie Smith does make a fair point that the writer's personality will come through in their writing (regardless of how outlandish their story might be).

This course is geared towards writers who have been working on a novel for some time, but I wouldn't write it off if you're starting on something, as long as you're passionate about it. If the course is running again, it's a great chance to get feedback from other motivated writers. 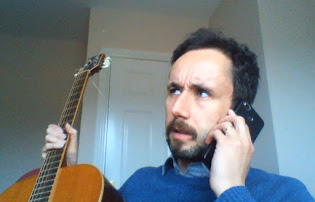 There are many distractions on offer when one is undertaking a creative task. I write fiction, but do so on a laptop connected to the internet, and research into some aspect of life I want to include in a novel can quickly lead down a rabbit hole of interesting Wikipedia articles.

A new paper in Creativity Research Journal looks at the possible effects of distraction on creative thinking. In contrast to the usual story of distraction spoiling the creative person's work, the idea presented here is that, by occupying attentional resources that could otherwise inhibit possible ideas, more creative ideas may emerge.

The author assessed divergent thinking (generating different ideas/multiple possible solutions to a problem) using an Alternate Uses Task. Participants were provided with the names of everyday items and asked to come up with different ways of using them (so, if you see an iron, you could take the water out of it to water a plant, leave the iron out to make it look like you do more housework than you really do etc. etc.). Participants also had to complete a simple task which involved pressing coloured buttons in response to coloured boxes appearing on a screen. Sometimes (the dual-task condition) they had to complete the two tasks at the same time.

The results indicated that participants' scores on the alternate uses task increased in the dual task condition, compared to when they did the alternate uses task by itself. This was the case for originality (i.e. how unique the ideas were), fluency (i.e. how many ideas were produced), flexibility (i.e. how many broader categories of ideas were produced), and elaboration (i.e. how developed the ideas were). I would have expected originality to increase in the dual task condition, as unusual ideas become less inhibited, but was quite surprised to see overall fluency increase, given that the dual task might have made it more effort to produce a given number of ideas.

There is a history of different explanations offered as to why one can come up with better ideas while working on a different task to the creative endeavour. One possible explanation is opportunistic assimilation, where an idea from a different field can influence another project where you're stuck for ideas. However, I don't think such assimilation could be demonstrated in a short-term study of this nature, where the rather basic dual task would be unlikely to provoke many ideas.

This research looked at divergent thinking over a short period of time. Collins himself notes that divergent thinking is not equivalent to creativity.  Longer creative works will often take longer periods of focused concentration. Doing a line edit on a novel is probably best done without distractions (so unplug your internet!). The experimental scenario was set up in such a way that the participant would be encouraged to keep working at the creative task at the same time as the distracting dual task (rather than just disappearing down the Bermuda triangle of Wikipedia and leaving the Word doc with the novel closed). Nonetheless, this article suggests that giving your full and undivided attention to a task when generating new ideas might not be all it's cracked up to be.

Creativity and two modes of thought