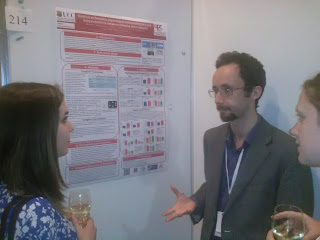 There's a film-making legend that Michael Caine accepted a role in a particular movie immediately after reading the opening line "EXT. South of France. Day". When one sees "Seville, Spain" for a conference, this in itself could be sufficient reason to go. A beautiful city, bike-friendly but not so veggie-friendly (one menu helpfully lists a dish with eggs and fish under "vegetables"). But I'm here for the American Psychosomatic Society's Annual conference. Thanks to the generosity of their Young Investigator Program, I had registration fees written off this year, so with so many interesting talks on it was an offer I couldn't refuse!

At lunch the day before the conference proper began, one researcher was voicing a scepticism with findings from psychological research in general, at least in terms of their ability to translate into tangible outcomes for people in everyday life. Hey presto, here's a slide from the first morning session: 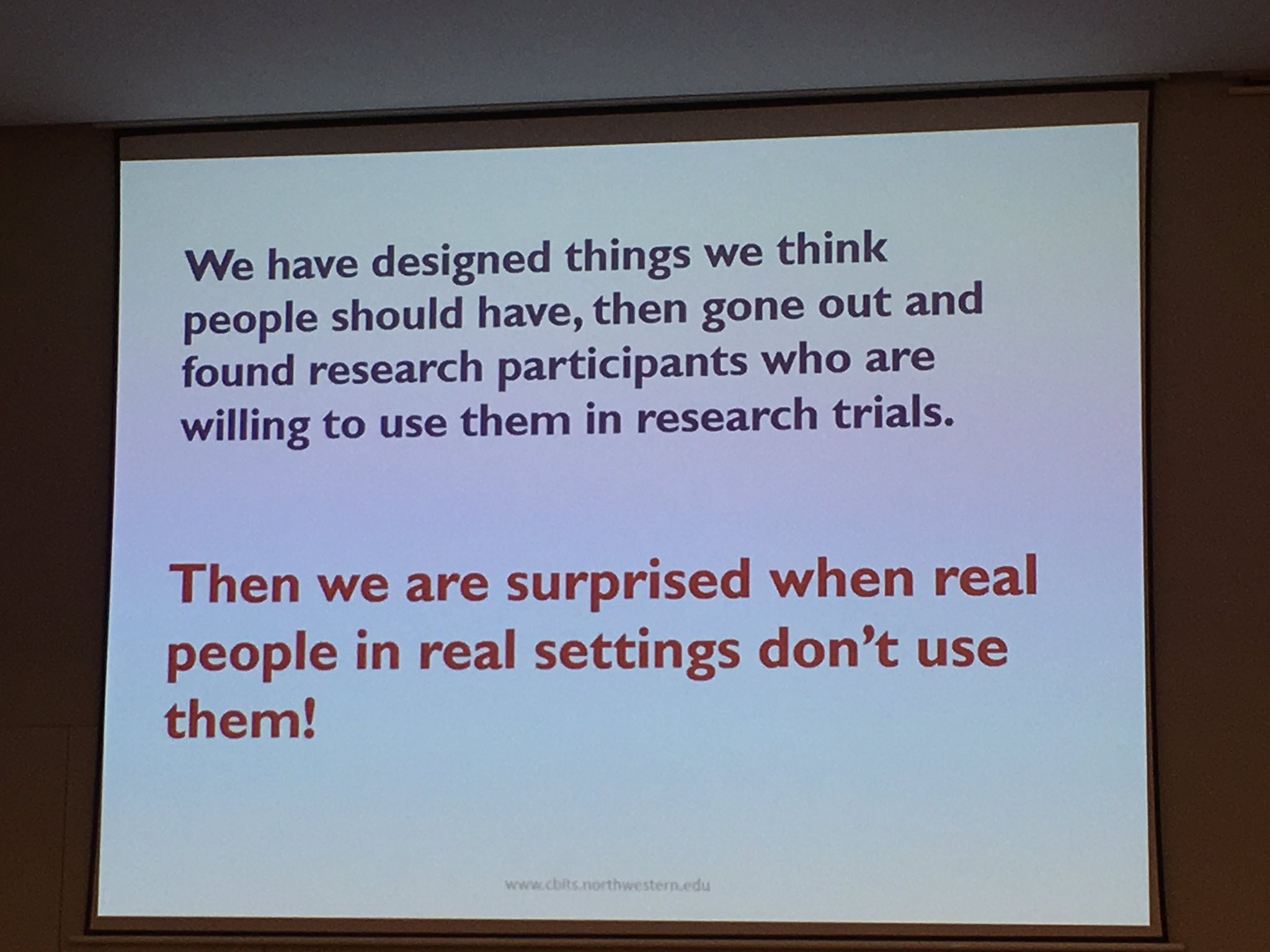 Not that the society hasn't concerned itself with the major issues of the day-the major addresses of this conference acknowledge the anti-intellectual spectre of the Trump administration, a source of anxiety for US researchers hoping to fund (and disseminate) their work. This breadth of focus of the society goes back to its beginnings. This being the 75th birthday of the APS, the opening plenary by Joel Dimsdale delved into the Society's history. Formed during World War II, there was a heavy focus on military psychology and the impact of combat. During the Nuremburg trials, a number of APS figures were involved in psychological profiling of Nazi war criminals, including a brain postmortem. Although the methods may have been outdated (an unblinded evaluation of Rorschach), it remains the only psychological study of cabinet-level war criminals. It'd be a difficult study to replicate!

On that note, perhaps some of the difficulty in getting research applied comes down to the replication crisis within psychology and other disciplines. If the research can't be replicated, it's unlikely to be applied, and statistical analysis that leads to false positives may confound the problem. A session on statistics in the post p < .05 era began with some fairly basic 101 on p-values (a tad dull to wade through, although a show-of-hands at the beginning did suggest a lack of understanding of p-values even in a professional audience). More interesting were the suggestions of tips on what to do next, such as using effect sizes rather than p-values for our benchmark for replication.

Larger sample sizes are one way of avoiding replication issues, and a session on the genomics era certainly delved into big data. From my own perspective a talk by Brenda W. Penninx was particularly interesting, as she focused on the genetics of depression. Her work had the interesting approach of both identifying genetic similarities between depression and other conditions, but also delving into the differences within depressive phenotypes (e.g. some people have lower appetite and sleep less, other sleep more and have a higher appetite). It will be interesting if she can show genes that are predictive of treatment response in future analyses.

A talk by David Clark on Friday really brought a focus to a national level, describing Improving Access to Psychological Therapies (IAPT) in the United Kingdom. Although IAPT targets depression as well as a variety of anxiety disorders, Clark grounded things by giving the specific example of social anxiety, and how cognitive therapy can address the thoughts and behaviours that can exacerbate anxiety in people with social anxiety. They've collected a lot of data from IAPT, which has been shown to be cost effective. It made me wonder why we can't do something similar in Ireland.

At the poster sessions, in keeping with trying to gain more replicable and generalisable results, a number of posters on various topics tapped into large cohort/prospective studies. It was also good to see other people covering caregiver research, with researchers from Madrid finding that psychological therapies could reduce blood pressure in dementia caregivers, and a systematic review from researchers in Bath, UK indicating that problem-focused coping in particular was associated with better outcomes in younger carers (aged under 18). Belgian researcher Natalie Michels presented a poster on microbiome research-this is another area of investigation that will be generating large datasets and will again challenge us to avoid false positives. With regard to false positives in abstract screening, my own poster on dementia caregiving was somewhat upstaged by a truly "interesting" poster beside it, manned by 5 or 6 Japanese researchers, which indicated in its rationale that different deities emit different forms of light. Provocative stuff...

In terms of "walking the talk", at least in our own lives, the conference had well-being sessions every day. Mindfulness sessions included mindful walking (which I attended; good fun) as well as loving kindness meditation and T'ai Chi. Un/fortunately, although the Society also strive to have healthy options at their conferences, the venue was rather keen to keep the pastries and treats flowing at the coffee breaks-as well as showing the Sevilla fondness for meat I mentioned above!

All in all this was a forward-thinking meeting, with researchers, clinicians and thinkers who weren't going to let the sunny weather stop them from focusing how to ensure our discipline remain relevant to life outside the academy.


Posted by AndrewAllen at 12:15 PM No comments: