I'm thinking of it right now. But will I remember later? 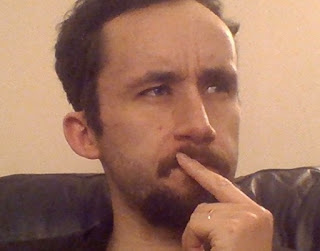 My google calendar overflows with tasks that I don't trust myself to remember. Despite the indefinite amount of information we seem to be able to hold in our long-term memory "store", for most of us it is all too easy to forget the epic three or even (dun dun dun) four things we mean to do between when we get in from work and when we go to bed.

This is prospective memory; remembering to do something that you (previously) decided you were going to do.

Of course, in everyday life I rarely have to remember highly important appointment etc. with "just" my mind, as I will use reminders. Interestingly, the Rivermead Behavioural Memory Test allows one to use written notes to help remember to do something. This seems like a nice psychometric acknowledgement of the extended mind (i.e. we do not purely rely on our brains, but use tools and symbols as add-ons for cognition). However, where one is employing this add-ons, it is likely that one is using one's brain in a different manner to when the same brain is running "naked".

It may nonetheless be difficult to identify incidents in everyday life where someone is not using some external cue to jog memory, whether consciously or otherwise.  Consider how the time of day, one's location or the content of conversation during a meeting might act as a reminder to do something, even if such cues have not be set up by you in advance to act as reminders. In this vein, Researchers in this area distinguish between time-based prospective memory (remembering to do something at a particular time) and episode-based prospective memory (remembering to do something once some other event occurs).

A word of warning: methods of cognitive assessment for probing this form of memory have to be appraised carefully.In much of the research in this area one is asked (a) to remember to complete a certain task later on, (b) to do a distracting task for a while, (c) do what you are asked to do in part a. As with much research into cognitive psychology, in order to get more robust data researchers will often have a few test trials. However, a problem with this is that it may only be the first test trial that is really about prospective memory-the subsequent trials may be more related to more short-term memory (because you're now repeating to yourself over and over not to forget again to carry out the instruction mentioned in part a.)


Related posts:
Autobiographical memory and thinking about the future
Where does the mind begin and end?`

Posted by AndrewAllen at 9:13 AM No comments:

There is no question that our attribution of agency can be gravely in error. It is my contention that it always is. (p. 25)

"Free will" is a very short book that you could skim through in about the same time it takes to watch this talk from Harris on the subject of free will. It is also very clearly written. Harris argues that free will, at least as most people understand it, simply does not exist; we are not free agents who are in control of our thoughts or actions.

According to his taped confession, Komisarjevsky stood over the sleeping man for some minutes, hesitating, before striking him in the head with a baseball bat. He claimed that the victim's screams then triggered something within him, and he bludgeoned Petit with all his strength until he fell silent. (p. 2)

The opening paragraph is followed by an account of a brutal multiple murder (which took place over a number of hours). Harris segues shortly thereafter into discussion of free will and daily choices of what to eat and drink. The juxtaposition (albeit indirect) may seem tasteless. More pressing is that it really does miss a distinction between decisions to which we do not devote much thought and decisions to which we do. Harris does highlight how some actions may involve a greater degree of conscious deliberation. However, he also points out that those factors that enter into conscious deliberation do so via unconscious mechanisms. Nonetheless, I feel he goes too far in suggesting we do not have free will simply because we cannot control thoughts that come into our conscious awareness-if we have a conscious "veto" over our decisions, as some models of reasoning suggest, then even though we may not control where our thoughts initially come from, we may at least exercise some control over our behaviour.

Harris takes in some fascinating neuroscience research in this area. He highlights a famous experiment demonstrating that in motor regions of the brain (which are associated with the initiation of behaviour) neural activity occurs prior to conscious awareness of the intention to act. However, this phenomenon occurs over the course of a few seconds or less, and is likely of limited influence when it comes to deliberating over a choice carefully, where options A and B might be evaluated repeatedly on several attributes before any overt behaviour is produced by the person making the decision.

Harris outlines a deterministic view of human thought and action, which he feels is incompatible with the idea of free will. Daniel Dennett (who Harris indicates is both a friend as well as an opponent on this particular issue) has defended the idea that determinism may be compatible with at least a modest version of free will. We may accept a deterministic stance whereby someone could only have done x, and not y, given all the factors in their life up to that point, PLUS all the details of their environment. Nonetheless, Dennett argues, if we take the environment (which exists outside of the person's self, and for which they are generally not really responsible for), if the person may have acted differently had some small aspect of the environment been different, then it probably is fair to say that the person has some degree of free will.

The book concludes with thoughts on the moral/ethical implications of free will being simply an illusion. Dennett has weighed in on this issue as well, suggesting that the idea that free will doesn't really exist appears to make people act in a less ethical fashion (because, after all, "how could they do otherwise"?), and indeed both Dennett and Harris cite interesting research suggesting that encouraging a view that free will does exist encourages research participants to behave in a more ethical fashion than if they are encouraged not to believe in free will. Harris does not offer any easy answers to this issue, although he does posit that moral responsibility "overall complexion of one's mind" rather than "the metaphysics of cause and effect". (At this point, I feel he might be alluding implicitly to the point I made above about weighing up options consciously, although he seems to stop short of saying as much).

On the subject of ethics, Harris further suggests that the legal system (e.g. in how it deals with violent offenders) could shift from less of a focus on punishment to a greater focus on safety and rehabilitation. (Such a shift in focus could sometimes lead to longer prison sentences for violent offenders, if they have served a sentence that is considered fair in terms of punishment, but the criminal nonetheless maintains a high risk of committing a similar crime outside of prison).

In conclusion, if you have always had a simple faith that you have more-or-less complete free will, this book will certainly make you think twice about whether this is the case. Although I feel it is not a complete refutation of free will, it is likely to make most readers revise their view of what free will really is. leaving them with a more modest estimate over the extent to which they (and others) are in control.

Posted by AndrewAllen at 1:59 AM No comments: