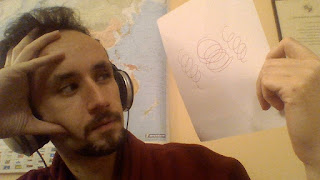 If you write an article, draw a picture, or simply daydream of an interesting plot for a film, what makes your idea creative (or not)?

Typically, there are two aspects to definitions of creativity-one is that of novelty, the other is value/usefulness. Robert Weisberg (who has written one of the most interesting books on the psychology of creativity that I have read) begs to differ. In the book "Creativity" and more recently in an article in Creativity Research Journal he suggests that we define a creative product simply as being something novel that is produced deliberately-without the need for value.

As Weisberg points out, tastes in evaluating creative outputs change over time. Van Gogh would never have won the X-factor if there were an equivalent for the visual art of his time. Music that might have sounded chaotic and devoid of musicality to an earlier audience might be a rocking tune to (some) modern ears. A technical invention that does one thing when it is invented might be useful in other ways when combined with newer technology that gets made decades later, thereby increasing its value. However, if we want to take a psychological approach to studying creativity, is there not something absurd about implying that the same cognitive processes go from creative to uncreative, based on the fact that the critical appraisal or technical needs of the outside world change over time?

A focus on novelty over value could perhaps move the field in a more objective direction. If you look at methods used within creativity research, the consensual assessment technique involves judges appraising the value or quality of a creative work-it would be very difficult (and perhaps contradictory) for these judges to set aside their ideas on the value of a creative work. Not that appraising originality is always easy, but it should be easier for two people with the same information in front of them to judge whether the latest contribution to the field overlaps with something that has gone before. As Weisberg points out, there are different levels at which we can judge novelty-coming something that's new for everyone is a high bar, but coming up with something that new to you requires a certain creativity, even if you could have relied on rote memory had you known it before.


Although these are valid points, I feel that focusing purely on novelty would lose some of the nuance of studying creative output. Certain psychometric tests of creativity look at the level of elaboration of an idea. A particularly complex new idea, even if it does not meet certain other criteria for "high value" within its field, may nonetheless draw on different cognitive processes than a more minimalist idea (notwithstanding the deliberation that can go into ideas that are very simple on the surface-hence it's good to look at the process and not just the product). Thus, even though two ideas may both be completely (and thus equally) new, they may differ in other relevant characteristics. However, I will admit that elaboration is more an interesting aspect of creative work rather than a defining feature.

Frankly I'm undecided on whether this would be a good move. At a first blush, there seems to be something liberating about not having to worry about whether a song is going to push a genre of music in new directions. However, when creativity is a driving force behind (sustainable?) economic development, and improved lifestyles, I can understand why some people are happy to live with the contradictory idea of someone becoming creative after death.

Posted by AndrewAllen at 1:45 PM