A conversation concerning cognition and creativity

The following is an edited version of an interview appearing in

Lynda Loughnane: Thank you very much for agreeing to meet me. To begin, you have mentioned Type 1 and Type 2 thinking in relation to creative thinking in your blog. Can you talk a bit more about this please?
Andrew P. Allen: Type 1 and Type 2 thinking are broad terms to describe levels of thinking. Type 1 thinking is thought to be quite fast or automatic, or if not automatic, at least heuristic. Type 2 thinking is considered more step by step and logical; often tied to more formal styles of thinking such as logic or mathematics. It is probably better to think of this as a continuum rather than two completely distinct boxes. I've been partly motivated by one cognitive psychologist who described various aspects of cognition and different ways of thinking about Type 1 and Type 2; Steven Sloman (1996) described how creative thinking and imagination would be archetypical of Type 1 thinking, so automatic. However, Kevin Thomas and I have argued that both types of thinking are quite important to creative thinking (Allen & Thomas, 2011); this can be linked to different stages of the creative process. Stage theory within creativity goes back to Wallas in the 1920s (Wallas 1926). It states that one would have, within the creative process, the initial stage of conceptualisation of what you want to do creatively. Then the person often reaches an impasse where they may have to stop for a while, which is a stage of problem solving or a subtype of creative thinking. There is an incubation stage where you leave the problem aside for a while. Perhaps they then get inspired later on by some other thing that they encounter in their life. They have insight where they start having new ideas. Beyond that, once they have these insights, there is a lot of leg work within the creative process generally. In fairness to Sloman, he did include verification as under the Type 2 thinking which has been included in stage theories of creativity as part of the creative process. The overarching idea behind this paper I was writing was to highlight how both types of thinking can be quite important to the creative process and how the differing roles during different phases of the creative process are important as well. 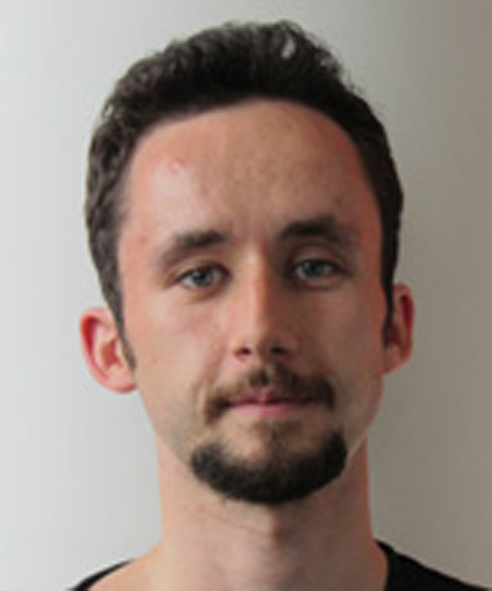 Dr Andrew P. Allen is a senior postdoctoral researcher with the Department of Psychiatry and Neurobehavioural Science and the APC Microbiome Institute.

Lynda Loughnane: I absolutely agree with you, speaking from an artist's point of view. Of course Type 1 is that moment of 'Oh, I am inspired, I have an idea' but you also go through a lot of Stage 2! You slog through it ... to put it in layman terms!

Do you think that the heuristic Type 1 thinking is similar to affect? What I mean by affect is that gut reaction you have to something.
Andrew P. Allen: Let's look at the work of Paul Slovic (e.g. Slovic et al, 2002). He describes affect as being a form of heuristic thinking - that you can use your gut reaction, if you like, as a source of information about how you wish to deal with a particular aspect of your life or a decision that you want to make. For example, if you have a negative affect toward something; even if you are not able to articulate exactly why you feel negatively about it, you might, nonetheless take that affect and have a kind of heuristic reaction. This is a type of decision making rule, whereby if you have a negative response towards something or a negative affect, then you are going to ignore this option within your decision making plan. Whereas, if you have an initial positive affect, you might not choose that option immediately but you might seek more information about it rather than writing it off, which is quite often the case if you have the negative affective response. I certainly think affect and heuristics can tie together.
Lynda Loughnane: With my work, I would like to hope that the two types of thinking would be sparked in the viewer. First, the gut reaction, then the 'not quite sure what I am looking at but I want to figure out what it is' reaction. Do you think it is possible for an artwork to do this?
Andrew P. Allen: In your question, you've asked if the artwork itself can do it: let's start with the viewers themselves responding to it. A lot of people who move through busy galleries will only have so much time to engage in any particular piece. If something hits them at a gut level, they can then begin to think of it on a more ‘step by step’ level. If someone wishes to engage in this verification, if you like, as a consumer rather than a producer of a creative work - they can stretch the thinking out in a more step by step level of appraisal. That doesn't mean that that won't continue to be influenced by, for example, their initial negative response. Step by step thinking isn't always completely objective. It can still be coloured by their initial intuition about the piece of art. I should say when I talk about Type 1 and Type 2 thinking, even in themselves, there are differing theories about how these two forms of thinking interact in general. For example whether Type 2 can override Type 1 or, to some extent, that Type 1 comes back or can change in response to Type 2 and so forth. There is still a lot of debate in general about how these two forms of thinking can interact (e.g. Evans, 2007), particularly given that there is a probably a continuum between conscious processing involving some decision making and then something which is very logical and formal. Lynda Loughnane is a master’s student in Art and Process with Crawford College of Art and Design, CIT, Cork, Ireland. She is interested in aspects of perception and cognition and how these apply to the artistic process. In her work, she is enticed by the intangibility of light and the malleability of perception. She explores ephemeral elements such as light, time and shifting understandings of reality. For Lynda, the creative process is a means to work through difficult postulates such as quantum theories and the interconnection of all the forces of existence, as well as questioning the very nature of perception. For further information on Lynda Loughnane's MA:AP work:http://ccad-research.org/lyndaloughnane/

Lynda Loughnane: You had some very interesting blog reports about mindfulness, which states it has the ability to bring the attention to the present moment. Do you think it is possible to interact with a piece of art on its own terms, or do we always bring our own past projected self to this interaction?

Andrew P. Allen: Within attention people talk about 'top down' attention which is driven by things such as previous experience or what our motivations are, like the baggage we bring to our thinking about things, versus 'bottom up' thinking, which can be more driven by sensory input. I understand why people might think that we always bring our past or projected self into an interaction with art. Although we might have certain sensory inputs which we don't control, for example, we turn one way in the gallery versus that way; our own sensory inputs are often motivated by our own decisions, in terms of whether we decide to look at particular forms of art or if we decide to pursue this particular genre, to consume this or that form of artistic input. The real question here is can we escape from that and to what extent. If we see something that for us is really quite novel, something that is quite new, then I think our cognitive baggage, within a few seconds, will have to have some impact upon that. I do think that within a certain amount of time, you are going to have to think about your past interpretations of other pieces of art and how it relates. At least in some limited sense, you can try to approach a piece of art on its own terms and try to have some kind of 'bottom up' attention, particularly with a complex piece of work; seeing the actual content in terms of what it is trying to portray, but I do think it is significantly difficult to try to break away from our past psychological baggage when consuming art.


Related posts:
Creativity and two modes of thought
Mindfulness and the mind
Posted by AndrewAllen at 1:18 PM