2sp00ky: The psychology of tension and suspense 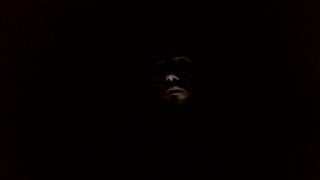 While browsing youtube one evening, I happened across an interesting analysis of the opening scene of Tarantino's "Inglorious Basterds". The author of the video draws upon a paper I had previously been unaware of: "Towards a general model of tension and suspense". Authors Moritz Lehne and Stefan Koelsch take on a topic that, although it has piqued the interest of psychologists as far back an Wilhelm Wundt, has been surprisingly under-examined in recent times. Furthermore, when it has been examined, it tends to be in a specific context (e.g. film OR sports OR music), as opposed to trying to develop a more general theory.

They define tension and suspense as: "affective states that (a) are associated with conflict, dissonance, instability, or uncertainty, (b) create a yearning for resolution, (c) concern events of potential emotional significance, and (d) build on future-directed processes of expectation, anticipation, and prediction."

Quite a mouthful, but it captures the complexity of tension and suspense. There are some points here as well that are sometimes missed in those who create works designed to induce suspense. In inferior horror narrative one comes across characters with whom it's difficult to feel empathy for, hence (c) above is missing.

In a footnote, the authors distinguish between tension and suspense, whereby suspense arises in anticipation of a specific outcome, whereas tension is a more "diffuse" or general feeling where the anticipated outcomes are not so clearly specified. A suspenseful short film I can think of is "He dies at the end". It creates a strong sense of suspense quite quickly, as the messages from the computer become increasingly specific to the protagonist. This contrasts with "Hungry Hickory" from the same director, which creates an eerie sense of tension, although for much of "Hungry Hickory" there is arguably not much suspense, as there is no clear antagonist like the "messenger" in "He dies at the end". Nonetheless, Stefan and Koelsch assert that both tension and suspense are driven by a similar underlying psychology.

Although most emotions are dynamic, tension may be a particularly dynamic emotion (compare how relaxed contentment may continue indefinitely until interrupted to how tension usually "builds" towards a feared or desired resolution). Examining tension at one particular moment may only tell us so much. In fact, if we want to study these phenomena empirically, we probably can't rely on simple stimuli like static images or brief sounds, but rather have to look at more complex stuff life movie scenes, books or pieces of music. I recall a final year psych project that used the film "Wolf Creek" as a means of inducing fear. (I consider it one of the most tense movies I've seen, although a lot of people who have seen it disagree). The researcher got people to watch the film the whole way through-I can't recall if fear was measured throughout the viewing of the film, but it seems a pity that tension and suspense were not measured throughout the viewing as well. Where ongoing feelings of suspense are not captured, this might be a example of a much more pervasive issue in psychological research, whereby researchers do not gain the maximum amount of data from participants' time and investment in the research.

Suspense and tension may be experienced in the current moment, but they generally draw on cognition relating to the future. Watching a film, we wonder what's going to happen when the protagonist walks through the door. The difference between suspense and tension becomes more important here I think, whereby we can think more clearly about a specific future event if we know what the possible outcomes are. The youtube analysis I mentioned at the beginning highlights how Tarantino can heighten the emotional engagement of the viewer during a long scene by shifting from tension (where the audience is unsure of exactly what's at stake) to suspense (by revealing, halfway through the scene, what the stakes are).

Just last year an interesting thesis appeared online (although you have to request it to get  copy) that took quite an experimental approach to examining tension/suspense experiences in response to various different film clips. The perhaps rather aptly named Keith Bound proposes a rather physiological model of tension/suspense. He has investigated his model in people who enjoy horror movies using physiological recording of electrodermal activity (a measure of autonomic nervous system activity, tapping into "fight or flight" physiology) as well as qualitative methods.

In Bound's view, we can differentiate "momenty fear" (lasting 1-3 seconds-the infamous jump scare) from "extended fear" (lasting for longer periods). Bound suggests that electrodermal measurements tap unconscious responses to fearful stimuli that are complemented by conscious verbal report of individuals' responses to, say, a scary film. He also notes that jump scares are more likely to be verbally reported than aspects of atmosphere that evoke a more prolonged but low-level sense of anxiety or dread, even though such factors heighten electrodermal activity.

It does concern me that horror film makers in particular seem to be focused more on jump scares-perhaps focus group approach is vulnerable to people being more inclined to remember (and therefore mention) jump scares over atmosphere or more subtle aspects of tension and suspense evoked by scary movies.

Lehne, M., & Koelsch, S. (2015). Toward a general psychological model of tension and suspense. Frontiers in psychology, 6.

Posted by AndrewAllen at 3:37 PM